The Ray Society - Its History and Aims.

The Ray Society is now over 170 years old, founded by George Johnston in 1844 to honour the name of John Ray (1628-1705), one of the most eminent and influential naturalists of his time.  Ray produced works on birds, mammals, fish, insects and plants, bringing order to the chaotic mass of names in use by contemporary naturalists.  Ray, for example, by drawing on a more complete understanding of plant anatomy, was the first to divide plants into monocotyledons and dicotyledons and thereby to create a more natural, rather than an apocryphal basis for the classification of plants.  It was Ray’s search for such a natural order to life that laid the foundation for the studies of the natural world leading on to Linnaeus and to Darwin’s On the Origin of Species.

The Ray Society publishes books on natural history with special, but not exclusive reference to the flora and fauna of the British Isles.  Its publishing philosophy is liberal, encompassing monographs, translations and facsimiles of contemporary and historically important works.  It specializes, however, in publishing important books and, recently, CDROMs that , though of scientific significance, might not be otherwise commercially viable.  To date 178 books have been published and include such works as Charles Darwin’s A Monograph of the Sub-class Cirripedia and Gilbert White’s Natural History and Antiquities of Selborne, as well as a range of contemporary works.

The Society is advised by a Council of eminent British naturalists and scientists and is non-profit making (Registered Charity Number 208082).  Membership of the Society is available to anyone interested in the natural sciences.  A membership form is available in the Membership section of the web site.

Read about George Johnston in Publication number 163, which commemorates the 150thanniversary of the Ray Society. Click here to download the PDF. 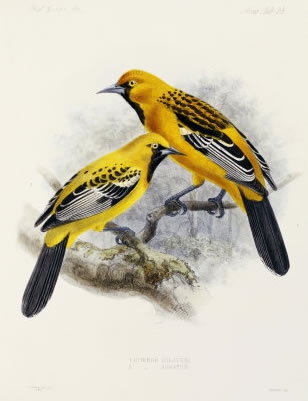