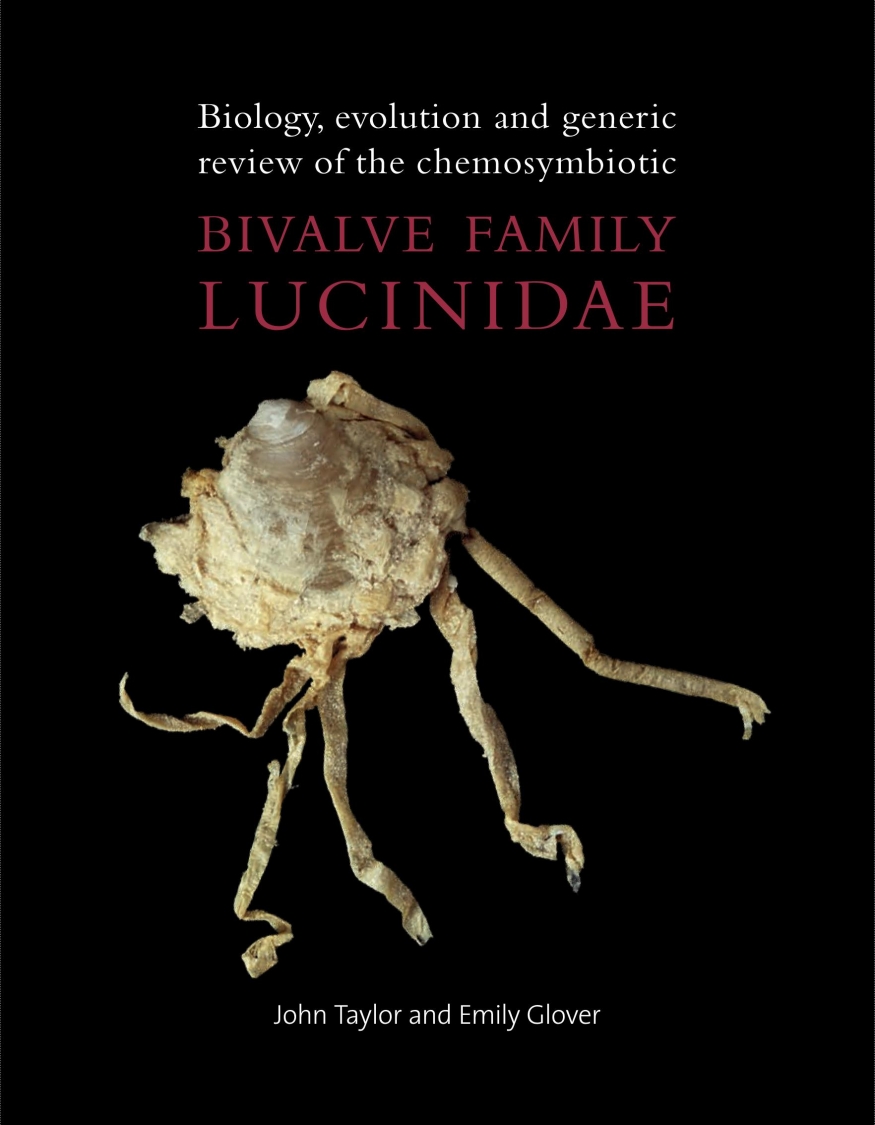 Chemosymbiosis – whereby dissolved hydrogen sulphide and methane are oxidised by symbiotic bacteria which provide nutrients to their invertebrate hosts – was first discovered in the communities surrounding abyssal hydrothermal vents of the eastern Pacific. Soon after, diverse chemosymbiotic populations, including abundant bivalves, were discovered associated with cold hydrocarbon seeps where the sulphides and methane were derived from the decay of organic matter in anoxic sediments. Following these earlier discoveries it is now known that chemosymbiotic animals are present in all oceans from intertidal to hadal depths. With over 400 living species the bivalve family Lucinidae is one of the most diverse groups of chemosymbiotic invertebrates. They have a near global distribution and are found at all depths in a wide range of habitats including mangroves, seagrass and hydrocarbon seeps. Lucinids have featured extensively in studies of the biology of chemosymbiosis and stimulated by this interest many new species and genera have been described in the last 25 years. The last major generic review and classification of Lucinidae was published 50 years ago with minimal descriptions and unsatisfactory illustrations. Biology, Evolution and Generic Review of the Chemosymbiotic Bivalve Family Lucinidae is the culmination of 20 years of study involving fieldwork, molecular sampling and examination of collections held in major museums. Chapters cover shell characteristics, anatomy, symbionts, ecology, biogeography and phylogenetics. The main section is a critical review of the 96 known living genera. Each genus has a detailed description, images of all their individual species together with a summary of distribution and relationships. The fossil record of Lucinidae, dating from the early Palaeozoic, is briefly reviewed with a listing of all 80 fossil genera together with images of salient fossil species. A new classification of the Lucinidae is provided based on molecular phylogenies and detailed study of their morphology. Two new genera are proposed from the Indo-West Pacific. As a major review of this diverse group of heterodont bivalves this book will be of interest to malacologists, ecologists, biogeographers, microbiologists and marine biologists. It will also be of interest to palaeontologists researching the evolution of chemosynthetic communities such as hydrocarbon cold seeps but also marine faunas in general.